I’m currently sitting in the plane on my way to Queenstown, New Zealand, and enjoying having the whole exit row to myself 🙂 When it comes to flying, I’m almost always lucky and get good seats. However, before time flies by again, I rather start writing my post about Australia now, that I’m still there, than later (being up to date and faster with my blog posts was one of my new year’s resolutions anyway).

Having to spent one more day in Melbourne, than we originally planned, thanks to our flight with Jetstar (the flight from Melbourne to Queenstown first got delayed and then completely cancelled), we tried to make the best out of it and booked a room at the Crown Hotel across from our Airbnb apartment for a really low price. That way around, we had time to do sightseeing in the (finally) sunny city. We paid 35$ for a two hour bus tour (red service) through the city, got off the bus in China Town and walked from there to the harbor and back to our hotel.

Melbourne is actually a manageable sized city once you get the hint on how the city is structured. I’m sure, that there are many more places to visit in Melbourne, but 3-4 days is enough time to get a good first impression.

On the first day (Thursday), we arrived in the morning and ran straight at the airport into a german follower with who we talked for a little. Then we shared a big cab for 8 people (there are so many of these in Melbourne) to our Airbnb Apartment (the host’s name is Emily), which was located at Queensbridge street. After organizing who sleeps in which room and bed (Julia and I shared a comfortable couch), we walked into the city center, down the city’s promenade, and found a lovely café/restaurant called “Arbory”. We ordered burgers and fries and the most expensive Corona I’ve ever had (9$). The food was delicious but a little pricy. Generally, going out for food in Australia is quite expensive, especially alcohol. It’s cheaper in comparison to Los Angeles though. Additionally, the Euro has a really high rate compared to the Australian dollar in the moment, so we only had to pay about half the prize.

After lunch, we walked around downtown, through the several stores and almost all of us got a mani- and pedicure. In the evening we went to the theater in the Crown Plaza to watch Leonardo DiCaprio’s new movie “The Revenant” (Not for the faint-hearted! beautiful scenery and great acting, but the story is really not promising and incredibly brutal). We created our hashtag #LeoschlaftimPferd after the movie and if you look it up on Instagram, you get to see all our pictures from the Australia/New Zealand trip 🙂 Jet legged, we fell into bed that night.

Friday morning, thanks to the jet leg we got up pretty early, and went out  for breakfast in the most hipster part of the town: Fitzroy. There, we enjoyed really good and healthy food (I had zucchini fritters with avocado, corn, tomatoes and a moroccan tea) at the “Breaki” – restaurant “Grace”, in stunning hipster atmosphere where picture frames were used as trays and graffiti drawings were painted on walls.

We spent some more time in Fitzroy, the boys shopped a little, we girls had some coffee at “Slowpko” (yes, even me!) and later we explored the park. By foot, we walked from there to the tourist center downtown, to book a day trip to the twelve Apostels. After long consideration we chose, recommended by a tourist guide (not cool!), the cheaper “Backpacker” bus tour. The tourist guide promised us a stop in the jungle so we could walk around,  and also told us that the “luxury-tour”, which would have had wifi and restrooms on the bus, would only drive through the jungle without any stops. We ended up in a simple, tiny bus that didn’t stop in the jungle (because there’s not even one), but in a forest full of koala bears. The food at the lighthouse was the worst I’ve eaten in a long time, but at least, our bus driver was really nice and it felt like a field trip back in our school days 😉 I’m talking more about the bus tour below in the post.

After booking our tickets, we drove with an Uber (yes there are some Wifi spots in the city) to St. Kilda to the beach. Where, we watched some (really talented) Kite-sufers and looked out for penguins (we even saw a little one, hidden behind a rock). It is generally pretty cool and windy in Melbourne. So, even though it was summer, we had cloudy, cold and rainy weather for most of the time.

From St. Kilda we took a cab to Brighton Beach, where we saw beautiful and colourful beach houses, that reminded me of my trip to Longbeach in South Africa. We took some pictures there and then headed back home with a cab (it would’ve taken more than an hour by foot) to relax a little before we went out for dinner at “Suké” by the promenade (pricy but good sushi).

Saturday morning we went on a bus trip to the Great Ocean Road, which is really pretty alongside the water. We stopped for a couple of times on our way for tea, restroom breaks and to look out for koala bears. In the afternoon, we finally made it to the 12 Apostel, but in reality there are only 7-8,5! Still, really worth the trip! Even though, it reminded me a lot of the Normandy in France, which is just as impressive. The beaches at the coast outside Melbourne are really pretty and wide. After our last stop at a bay, we made our way back to Melbourne, taking the freeway. As soon as we arrived at home, I fell onto the couch and literally asleep at 9pm (pretty much like every night throughout this trip). We got up every morning before 7pm, therefore we were exhausted when we came home at night 🙂

The upcoming Sunday, we were supposed to fly at 11pm to New Zealand, but beforehand we got a message, saying that our flight got delayed and then completely cancelled.

Of course, we were not amused about this situation and had to look for a hotel to stay that night. At least we were able to book four rooms at the very pretty Crown Hotel and we will receive half the amount of money we spent on the plane tickets, back from Jetstar. And as you guys know me – always make the best out of every situation! Fortunately, my friends had the same opinion and we got to spend one (more) last nice day in Melbourne (as described above).

Now, I’m still sitting in the plane, listening to our Snapchat Spotify Liste and writing this very blog post. I have to start deleting pictures from my phone (yes I’m able to fill 128 GB), and if there’s time, I’m gonna read a little in ‘Life Is__’ by Judah Smith.

I hope, you enjoyed my Melbourne Travel Tips and let me know, if you have more hot spots to share for everyone else!

Anyway, I’m really looking forward to Queenstown and to try out the “apparently so delicious” ‘Fergburger’! Seriously, every second person I talked to about Queenstown, recommended that burger to us 🙂 Also, I’m excited about all the outdoor activities that we’re going to do in the country full of bungee jump and wild water rafting. I’m going to keep you guys posted on my Instagram (luisaslions #LuisatakesAustralia and #LuisatakesNewZealand), on Snapchat (luisaslions) and via my FMA videos on youtube 🙂 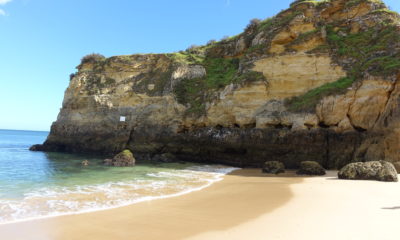 Portugal | 21 March 2016
Road Trip Through Portugal – Chaos is an Understatement! 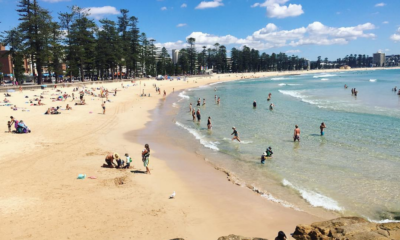 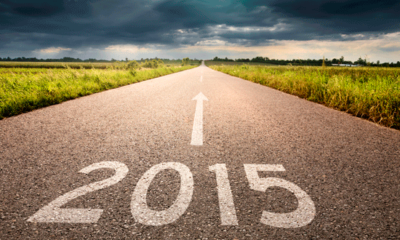 everywhere | 3 January 2016
2015 – a year of travels and restlessness
If you like to leave a comment, please switch to the German version